I'm Not an Environmentalist Wacko, but . . . Homeschooling is Green, too.

Homeschooling is a green way of life. It certainly is waste-free and pro-future environment.

My kids do not need to use fuel to get to school: no bus, no car ride...just enough energy to get from their bedrooms to another part of the house. Some would say homeschoolers do not need extra school clothing because they homeschool in their pjs. (I'm not in favor of that, but we do have "lay around clothes," which constitute as worn clothes we wouldn't exactly wear in public.)

We do not need an extra building, although we make good use of the bonus room we added to our home several years ago, which may be converted into something else once we are done homeschooling. We waste less food because we each make only what we will eat; there is no mass food prep at home for hundreds of students.

We do not need to have excessive amounts of paper or supplies to educate and learn at home because we do not need "one for every student." There is no wasting of funds or tax payer dollars here. We share  and take turns, even with the computer. And finally we do not contribute to the excessive congestion of vehicles on the road in the afternoon to pick up students and take them home.

It just makes sense to homeschool your children if you are environmentally contentious.

Six months ago I asked my dentist what he thought about using homemade toothpaste (made of coconut oil, salt, baking soda, and essential oil). He told me he would only be ok with it if it was someone who practiced good dental hygiene and had healthy teeth and gums. He said I was a good candidate, but he assumed I was worried about the ingredients in toothpaste.

My concern developed because I was buying my own toothpaste every three weeks; it was a different toothpaste than the rest of my family because I have sensitive gums. Each tube was about $5. I started to think about all of the toothpaste tubes I was throwing away: technically it was 17/year, which is not a lot, but add that to the number of tubes my family of 6 others were contributing, and everyone else on my block, along with everyone in my city, etc.

I told my dentist the real reason why I was thinking about making my own, and he said he never considered the amount of waste. He thought it was a good idea. That day I started to make my own toothpaste, and I admit, it took me a week to get used to the texture and the flavors, but I stuck with it, and I did it. I eliminated about 8 tubes of toothpaste since, and saved $40. Not much, but it was what I intended to do. 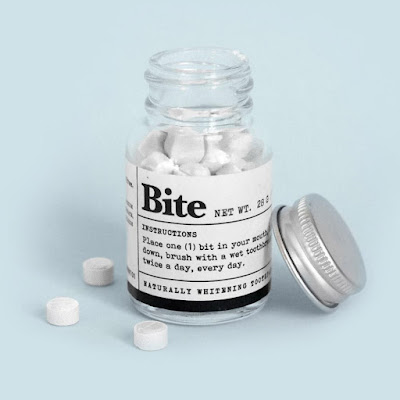 But now I am doing something different. Yes, it is slightly more expensive than my $5 tube of ProEnamel, but the idea is good. I am using Bite Toothpaste. The experience is better than homemade toothpaste, and the flavor and texture is also improved. You crush a little pill between your teeth and  begin brushing with a wet toothbrush. In seconds, a foam forms in your mouth while you brush, until you spit and rinse as usual. The End. I have only been using it for a week; therefore, I will need a few months before a dental visit confirms the real results.

So far my children prefer it, and they give it a thumbs up, which is good for my extremely sensitive 12-year old who hates textures and flavors of every kind, especially with toothpastes.

After my two-month supply runs out, I will purchase the four-month supply refill. The product is stored in a refillable glass jar, and it comes shipped in biodegradable packaging. This is such a plus because I believe it is the responsibility of businesses to do all they can to discover how they may ship and sell their products in the most biodegradable packing possible. Yes, consumers may have to pay a little more because it appears that all things better for us are more expensive to produce, but what else is new?

There is something else we did that is environmentally cool. We switched to these reusable produce bags for fruit, veggies and bulk. After use, I throw them in the washer and they are ready for the next shopping day. We no longer use the plastic bags provided by the store. 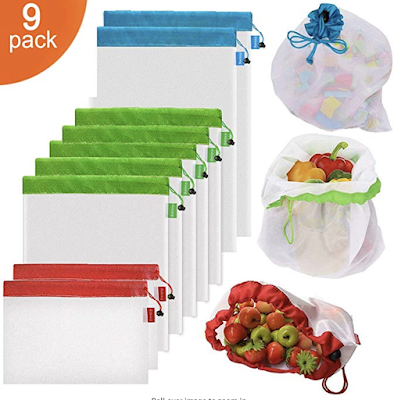 Of course, we already have been forced to buy reusable grocery bags, here in Cali. My niece designed and sells these really cute bags that can easily be wiped down with a cloth or Clorox wipe, if you are not paranoid of Clorox; or you may throw them in the washer, though I have not tried that. Here they are: 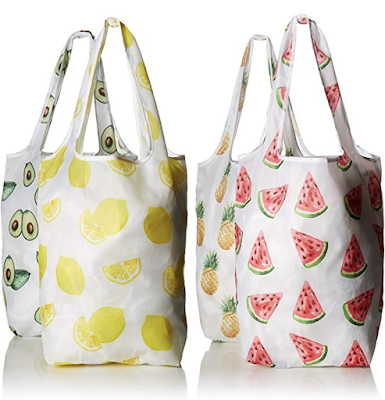 I also compost because it just makes sense. I have been doing it for years and years. My husband built and in-ground area for me to put my kitchen scraps, until one day I found a community of roaches living in it, and that was the end of my compost project. I had to start over, but this time I left the cover off, and I noticed the roaches never came back. Yay!

However, my husband has since bought a tumbler from Costco, and this is lovely because it stands above the ground and totally covered, to help it break down faster. Now if I can just remember to turn it!

Another thing I have been doing is using white vinegar instead of Windex, though I have not figured out how to totally live with the vinegar scent when Windex is so much more pleasant. We already buy a huge container a white vinegar from Costco, which is much cheaper than Windex. I hope to totally eliminate Windex from our lives. Another save.

Also, I stopped buying liquid body soap, and instead I purchase unwrapped soap. I do not even know the name of the company because it does not come in packaging. It just sits on the store shelf for everyone to touch and fondle. Sounds yucky, but it's package free.

I have traded so many packaged food items for bulk: rice, pasta, flour, sugar, oatmeal, cream of wheat salt, herbs, spices, sweet-n-low, candy...etc. Did I say candy? I have yet to find a reason to buy a brand named packaged item when it is available in bulk. It just makes sense.

One thing I have also always done is buy clothes at a thrift store. My husband thinks it is stupid, but I think it is stupid to pay $60 for a stupid pair of jeans or $30 for a stupid shirt. Admittedly, I have done it, but I hate it. And it is true, thrift stores are not a guarantee; however, I have also found brand new items with the tags still on them, quit frequently.

Some other things I want to try are reusable dryer balls, once our dryer sheets are used up. I do not want to live without dryer sheets because I remember the days of static-y clothing! 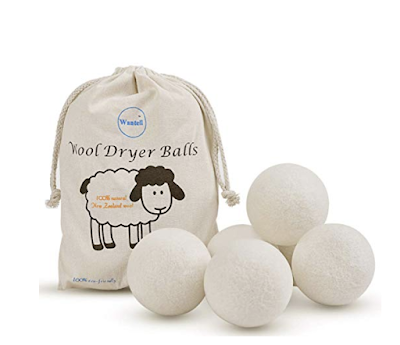 And now that my husband is finally getting on board, he suggested we purchase reusable resealable bags instead of the plastic ones we constantly throw away. I have washed mine and dried them and reused them, but there is the fear of contamination that concerns me. You could also use wax paper to wrap your food, too. 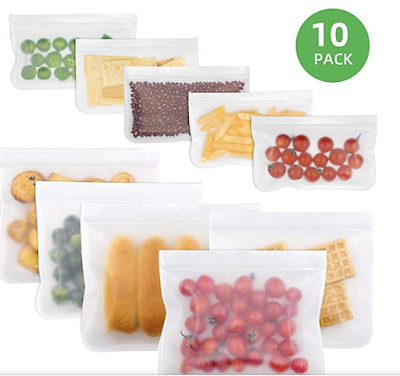 Another thing we can do, but I have not discussed, is the elimination of the paper towel issue; paper towels are biodegradable, but the plastic that the paper towels are wrapped in may not be. I could begin using our dishtowels more often to wipe and dry, and then toss into the washer. It could happen.

There are always ideas that are swirling in my head...ways to reuse, recycle, and make do. It just makes sense and saves money. I am the obsessive one in the family, always shutting lights and opening windows for cool air and turning off the air conditioner (which by the way, we use our swamp cooler over the a/c). And I do it because I am totally motivated by eliminating waste and saving money. It just makes sense!

Now, I said earlier that I am not an environmental wacko, but what makes me different? I think of myself as environmentally conscious or environmentally contentious. That is: I realize that our consumer habits have consequences. I also know that consuming costs money. My goal is to be wise with our money and be responsible about our waste.

The difference is that I do not think this way out of fear. I do not fear the future because I have all confidence that God is in total control. He is the Creator, and He would not permit His creation to destroy the planet when He already has plans for it. Also, we are just a microcosm in the grand scheme of Creation and have zero power to control our climate or weather. Man has tried to control the weather since his creation, but Scripture tells us that God controls the weather. What a relief!

We are not running out of space or melting the glaciers. And even if the glaciers are melting, it isn't without God's knowledge. He made them. Don't worry...we are not going to drown; God is going to use fire to destroy the earth. You can be sure of it. And there isn't anything we can do about it.

God gave us fossil fuels to use for our way of life. If the earth is heating up, our usage is hardly making a dent in the environment. Maybe the earth is heating up because it is the way of a dying planet that is destined to be destroyed by fire. The earth is dying since sin entered the world and would do so anyway without use of fossil fuels or cows farting. My point is, we are not in control of it, and I do not worry myself sick over it.

The earth is dying, but the only thing we should concern ourselves with is being right with God before we die. See gospel message.

Back in 1990, my oceanography professor told his class that he did not want to be alive in the year 2000 because the hole in the ozone layer was getting so large, we were soon to burn up. I still wonder if he ever killed himself before the turn of the century or if he just transferred his terror to a different alarmist idea once his fears were unfounded.

Well, that's my spiel about homeschooling and my desire to eliminate waste and save money. I shared some of the changes we have made. What are you doing to be environmentally contentious?

Email ThisBlogThis!Share to TwitterShare to FacebookShare to Pinterest
Labels: Way of Life 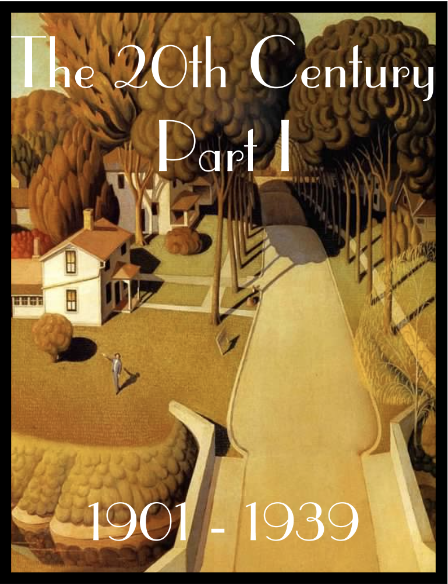 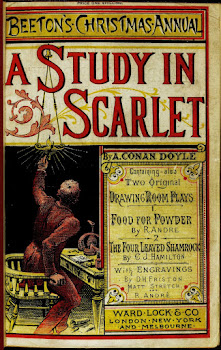 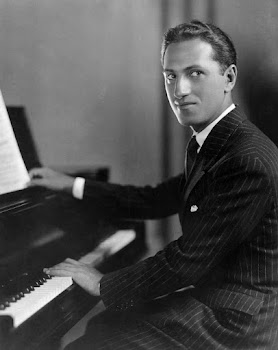 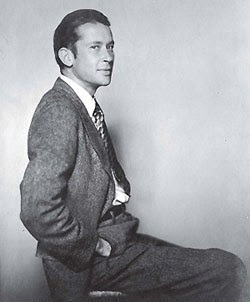 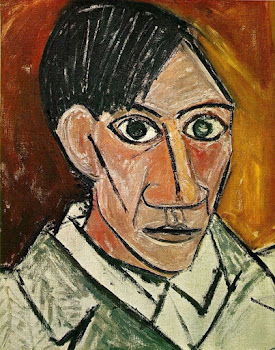 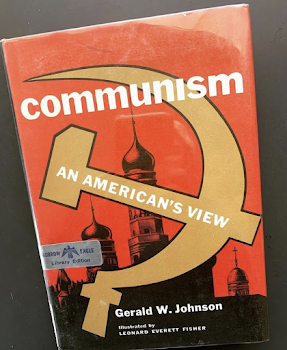 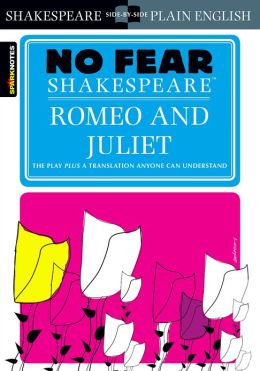