Our Year with Shakespeare

This is not my first experience with Shakespeare, but I have only ever read children's versions. However, this is my first experience with Shakespeare in its original language and format. To complicate matters...I read it with my children, ages 14, 11, and 10. These are the plays we read for the school year. By the way, we assigned ourselves characters and read our lines accordingly, sometimes willingly, sometimes under duress. 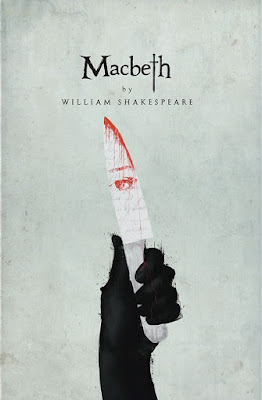 So Macbeth was absolutely too violent for young ears; said child did not even watch a film edition with us when we were done reading the play. She is exceptionally sensitive to these issues, and that is understandable. The other two enjoyed the story of Macbeth, once it started to make sense. For my own sanity, I often used a resource to help us comprehend what we read.

Obviously violence is a theme of Macbeth, and so is fate. Sadly, the main character Macbeth started off as a good general, but he became zealous when he heard a prophecy about his future that he would be rewarded a title and power; thereafter, he schemed with his wife to take control of his own fate and force the result, getting so caught up in their selfish desire, creating such terror and permitting the prophecy to come true after all, though not as they had expected.

I have to be frank: it really was frightening to see the evil scheme unravel and cause so many others dread and fear. But in the end Macbeth and his wife received their rightful payment for their plot and restitution was given to the one Macbeth owed. 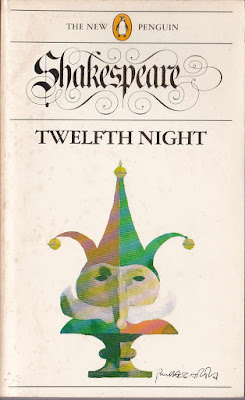 Twelfth Night was not murderous or violent, but extremely confusing and meant to be silly. And the silliest character of them all, the clown, is also the wisest. Pay attention to him whenever he joins the set. Characters in this play are not who you think they are, unless you follow easily; there is a lot of cross dressing and name changing. It was like doing algebra...my brain hurt.

Although Shakespeare broke a lot of protocol for playwrights in his day, he cleverly cleaned up the confusion in the end. But over all, he is no different than artists today who pressure the status quo, provoke thoughts, and influence the culture.

We watched a film edition of this play, and it was really weird. Not surprised at all. 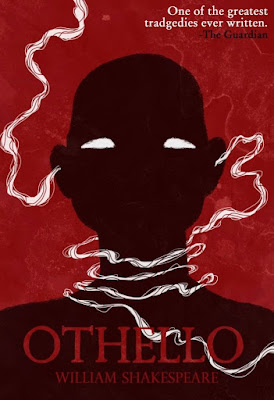 Othello
Published 1622
The Classics Club II; Back to the Classics Play

Finally, we read Othello, and I knew this was one of the more controversial plays to read with young children. We skimmed over the disputable sections, though much of the context went over their heads. Whew.

A major theme of this play is envy and jealousy. One man, Iago, ruins so many lives because of his greedy desire to be more important than everyone else. Though Othello is the object of his hate, Iago spreads lies and defames anyone involved with Othello. The frustrating thing is that we are not sure why he hates Othello, who is a righteous man. Is he motivated by racism, envy, jealousy, or even lust? We never find out. But like Macbeth, the evil scheme spreads like cancer and causes such horrible results. Unfortunately, there is no retribution here. It was literally a mess.

Aside from the mess, I found this play easy to read and understand. Reading aloud was smoother than the previous two plays. And no, we did not watch a film version of this play. Of course.

So...why read Shakespeare in the original format and language? Because it is like learning a new language, such as Latin. It is like physical exercise for your cranium. It is challenging, and young people should be challenged. It is too bad Shakespeare is not required reading in grade school.

For fun, here is a skit from Kiss Me Kate, called "Brush up Your Shakespeare."

Email ThisBlogThis!Share to TwitterShare to FacebookShare to Pinterest
Labels: Shakespeare

I like watching Shakespeare plays before reading them. I agree with you that learning to read the older English develops the mind.

I also saw a film version of Othello with Anthony Hopkins as Othello. I thought it was very good.

But, alas, I don't know when I'll ever get to reading another Shakespeare. My motivation is not as strong as it should be.

Sharon...this is true...I don't have a strong desire to read Shakespeare (in the original); therefore, reading it as required reading w/ the kids kills two birds with one stone. : D