Recovering from December...and settling into January

This shall not be a school post or an update on Charlotte Mason, per se, but it is a recovery post about December and how we have settled into January.

That first day of December the girls participated in the City parade with their dance studio, then immediately following they had Nutcracker practice; and somehow I was supposed to fit in a wedding, but that never happened because my husband, our two adult children, and I had tickets to see Jordan Peterson that evening in Los Angeles; and that was only the first day of crazy.

All throughout December, Sophia had community events to perform with her Company and Nutcracker cast, and she attended Christmas Tree lightings and a number of senior citizen homes right up until Christmas week.


The final Nutcracker practice was the weekend before the show, and it was a long day.


Sophia was really excited that her group was able to perform en pointe for the waltz. This was her first performance in her pointe shoes.


Nutcracker was the third weekend of the month, in four shows. Always a long weekend, but definitely worth it.

Here is the video of the Waltz of the Flowers: 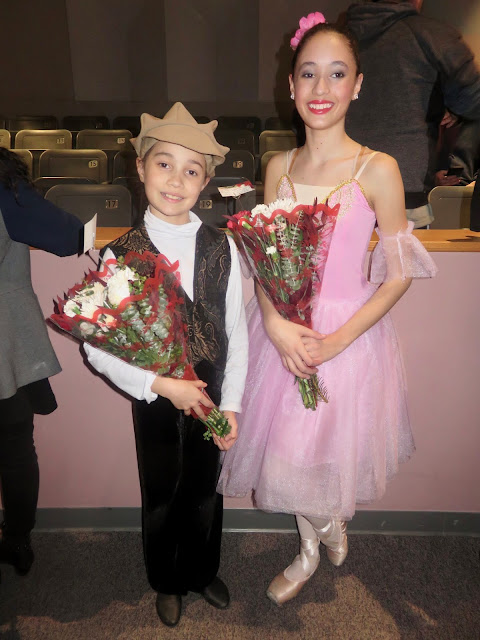 As I said, one more community performance before Christmas, but this time, Sophia's favorite best friend from Chicago showed up. It was supposed to be a surprise, but I have a big mouth. 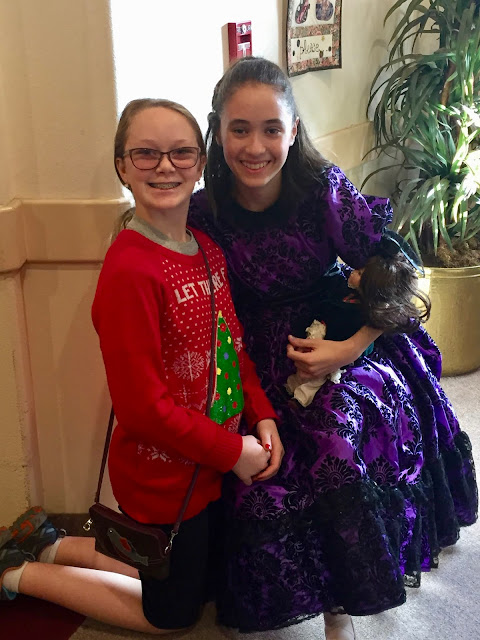 We hosted our husband's family on Christmas Eve, which went late. After everyone leaves, we always clean up that night before we go to bed. Even with seven people helping, it is exhausting.

When we discussed putting out the presents for our own family before going to bed, to be opened on Christmas morning, we had no energy left. Instead, we employed the kids to put out their own presents, and we told them where they were hiding. They dutifully brought them out while my husband and I sat comatose on the couch and directed them. 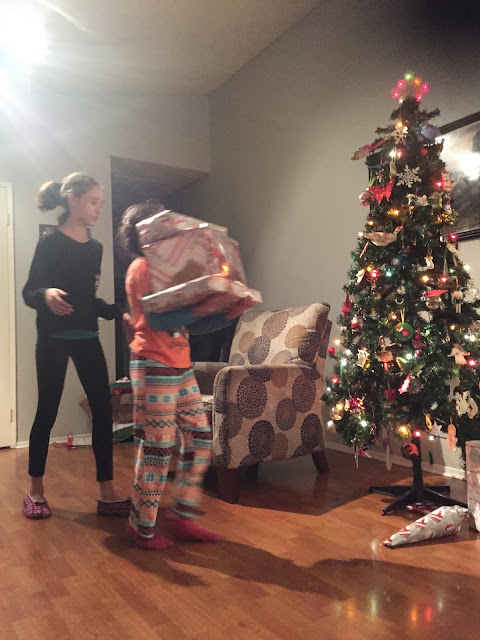 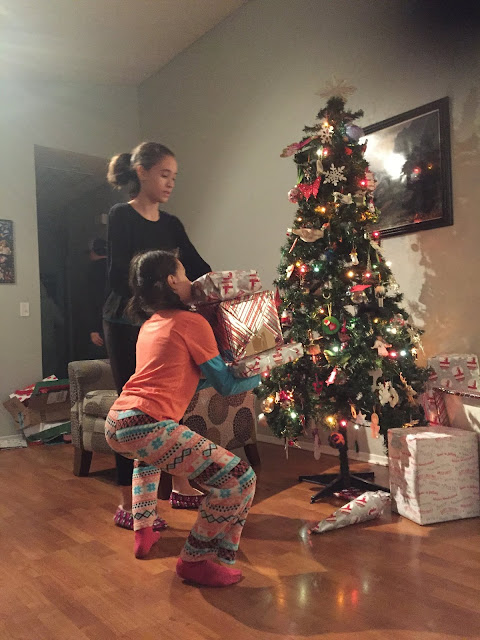 Christmas Day we spent at my sister's house. Our mom had surprised us, when she showed up on the Sunday before Christmas, after driving two days from Missouri. She's like that.

One day before she returned to Missouri, she came over to teach the girls more crotchet patterns. 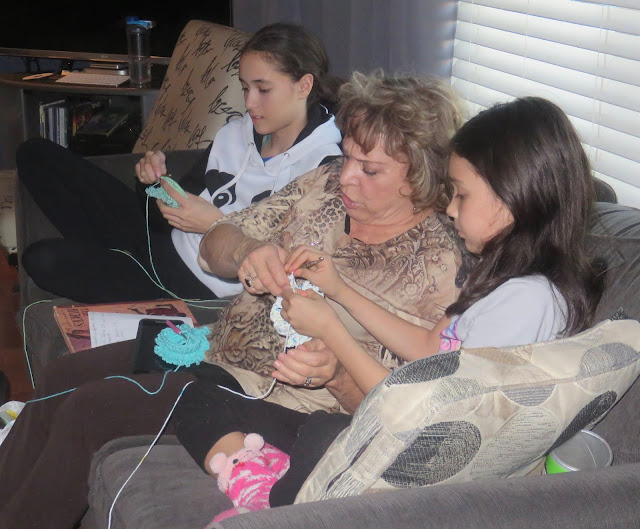 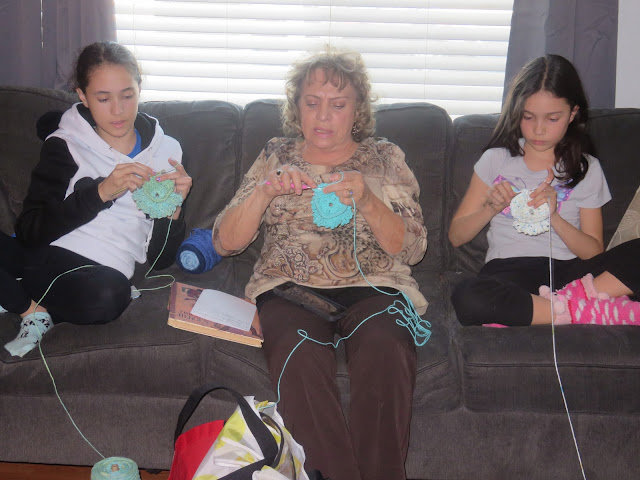 Sophia wanted to use some of her Christmas money to buy her second pair of pointe shoes. We took her to a Discount Dance in Fontana, and she found a Russian pair that she loved even more than her first. 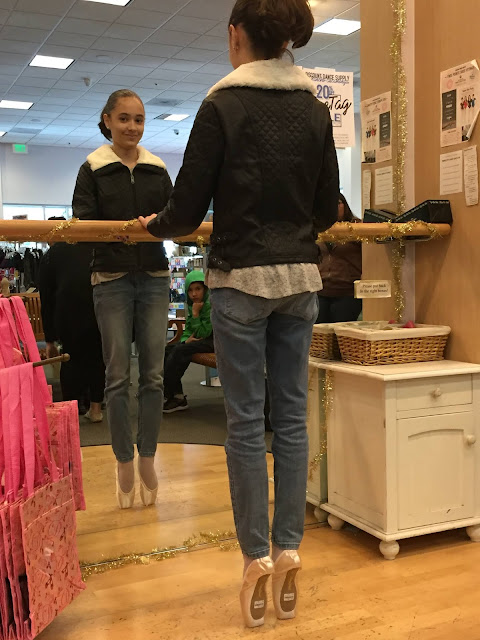 New Year's Eve we hosted a little party with both of our families, but since we celebrate New York midnight our time, no one stayed until midnight. After that, we cleaned up again and went to bed.

I must admit...2019 was a little slow at the start, but it is getting much better. I am finding so much inspiration in my reading of Scripture and other books, my faith is encouraged, and my problems from late last year are dissipating, and I am working them out. It is definitely better.

School took time to get back to something close to normal because we took off four weeks and did not keep up our good habits. My fault for not leading.

Dance has started again, and I love these pictures of Eva in ballet tech class. I did not take them.

And look at this amazing Molten Lave Cake... 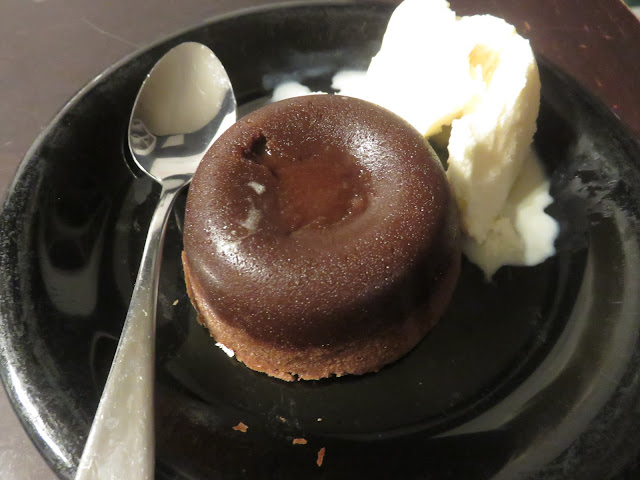 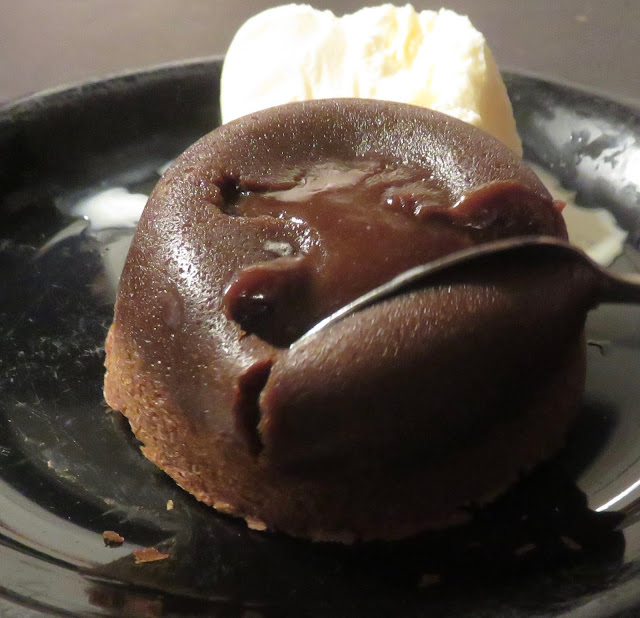 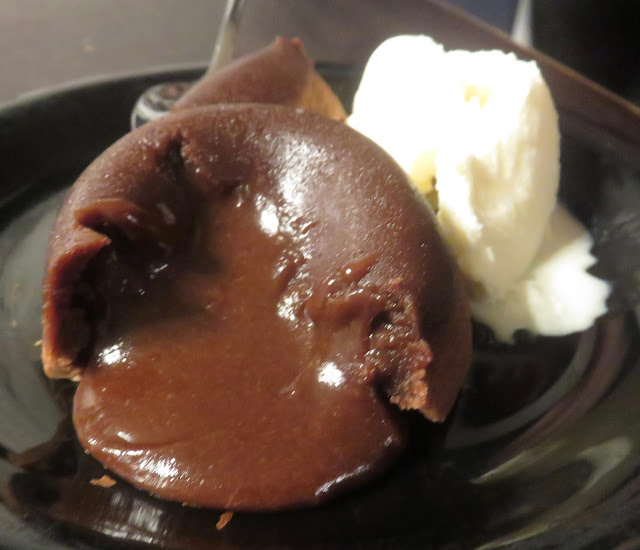 One last photo...Sophia found this picture of herself during her first ballet class, when she was eight, at a different studio. I just had to share it. 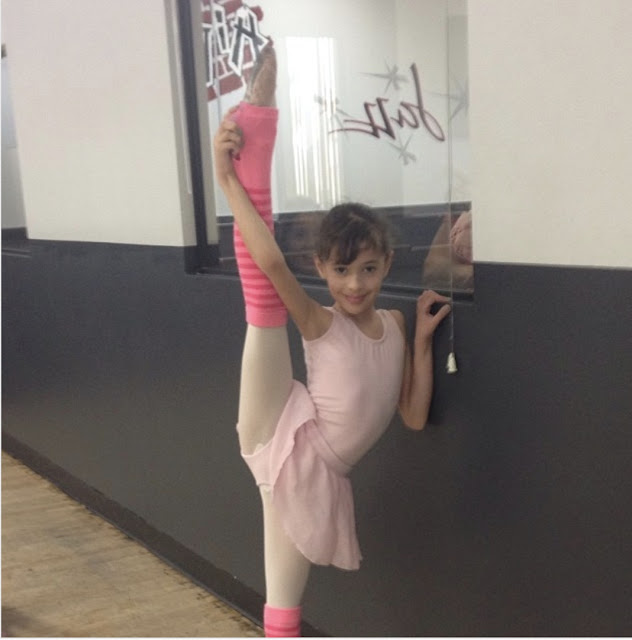 Email ThisBlogThis!Share to TwitterShare to FacebookShare to Pinterest
Labels: Dance

What wonderful photos! I do not know how dancers balance en pointe. I love ballet, especially George Balachine's dances.

Hope you have a wonderfully blessed 2019!

It's a strange idea, pointe shoes, but that explains why ballerinas have such ugly feet.

We absolutely loved seeing Jordan Peterson. He is fascinating. Basically, we paid to watch the man think out loud on stage. We got to see five minutes of Ben Shapiro, as he is from Los Angeles, and happened to stop by to say hello. He's next on my bucket list. : D

Happy New Year to you, too!

Wow, Ben Shapiro, too. You know I pray for his salvation. I even wrote him a message about the gospel. He never responded, but I did see a very interesting video conversation between him and John MacArthur. Here's the link in case you'd like to watch it.

Yes, I did see that interview. It was a good interview. Our Pastor emailed everyone and shared it with us. He studied under John MacArthur, at Masters.