One Month of Charlotte Mason Homeschooling

Week one of our new school year using the Charlotte Mason method was wonderful.

But of course, already I had to deal with personal issues, and while we still managed to keep to most of our schedule, there were some days it did not go smoothly.

This is what I call crazy week because my girls have rehearsals all week for their upcoming recital on that following weekend. Every night we spend several hours at our local community college, and usually come home late. It is tiring. Both were in opening number and had four and five numbers each. We were a little distracted during the day and tired from the night before. Nonetheless, we kept to our schedule, though took a break on Friday to rest for the weekend.

The following pictures are my girls in a few of their costumes from picture day at their studio. 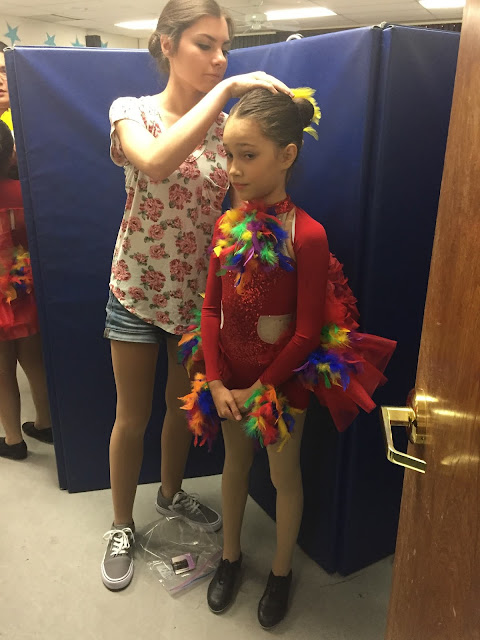 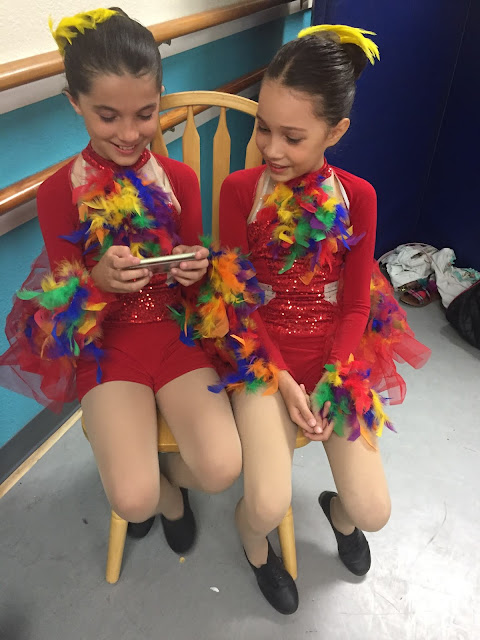 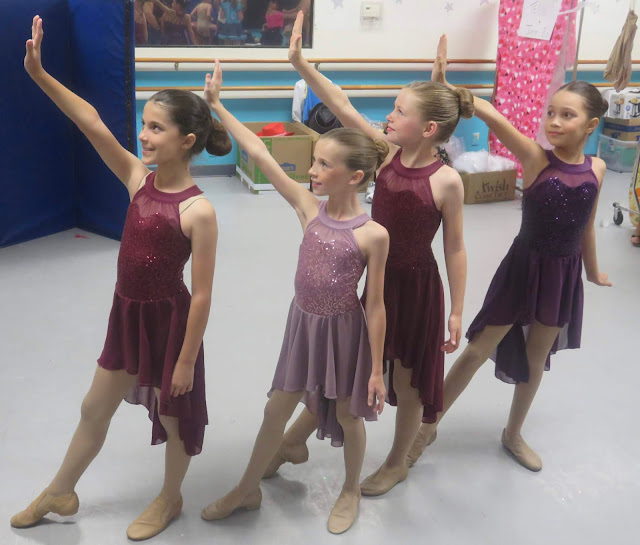 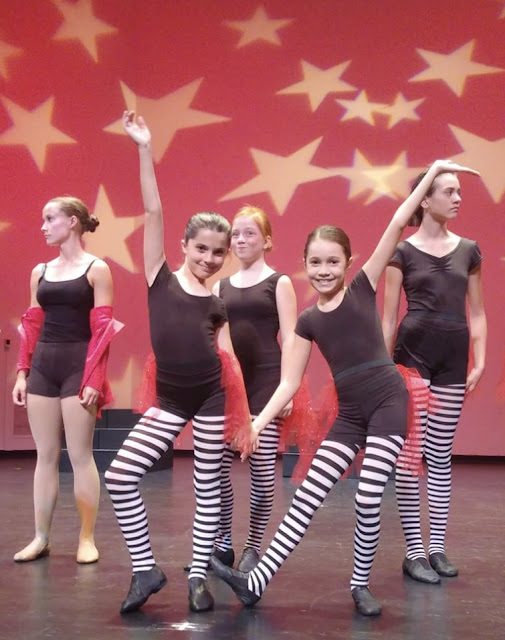 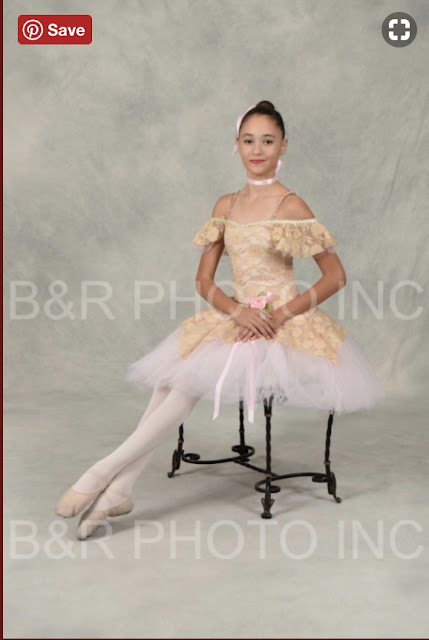 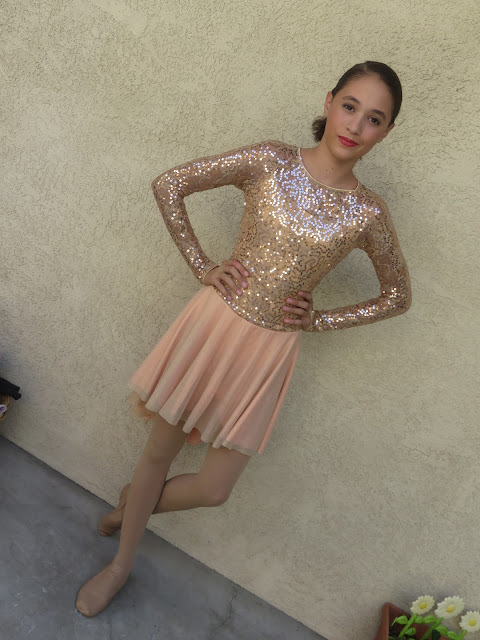 Instead, on that Friday, my girls went to book club and my son had his piano lesson. Then we called it a day. 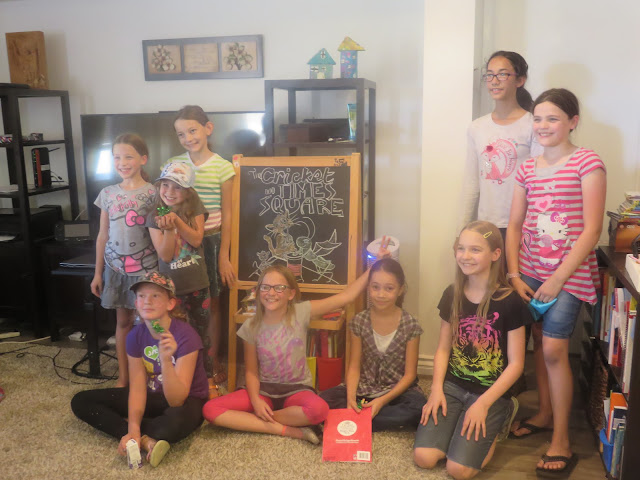 Saturday and Sunday were four recitals. They were long, and we were exhausted, but it was all worth it. 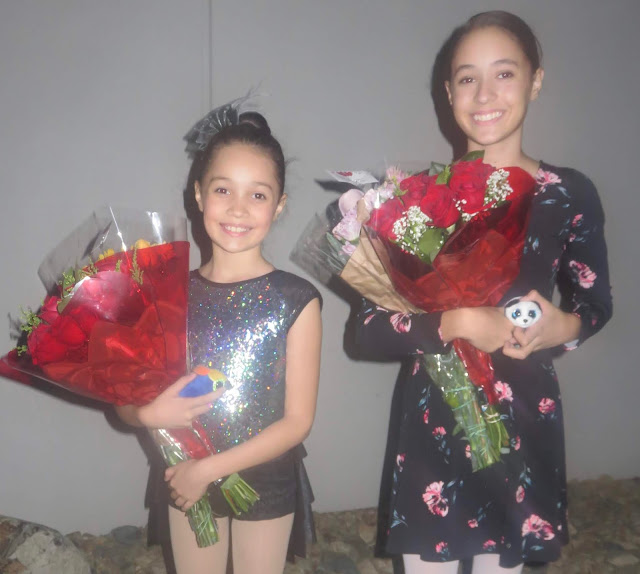 Monday, I let everyone sleep until 10am. And I cancelled school. Later I found out several other homeschool moms at the dance studio also took the day off and let their kids sleep.

Then on Tuesday we went on our hike to Pine Knot Trail in Big Bear; and I am sad to say, I am regretfully hanging up my hiking boots. I am the only one in my family who loves to hike and be around nature. My kids complain, always: one hyperventilates, another has chest pain and heart palpitations or head aches. I do not make a major issue of the drama, but often wonder if maybe it is true. The hikes are not easy, and even I struggle, though I keep it to myself and push my way to the end. But this hike we were left behind, alone in the woods, because my youngest one was in tears. I do not like being left behind because...bears. It was really scary. So I am not doing this anymore. I am done being left behind and forcing my kids to hike when they hate it.

On Wednesday and Thursday I crammed our two lost days into these days, and we skipped literature (because we already finished The Legend of Sleepy Hollow) and our daily copy work and memorization, and instead we all recited Revelation 20, which we have been memorizing for church all summer.

Now, on Friday, only my son and I were up early enough to go to the park to rollerblade. While we were there, my son spotted this strange bird that we had never seen in the area, in all our years of living here. He was so excited, he ran onto the grass field in his rollerblades to get a closer look at it. I had my camera with me, and I was able to zoom in and get a picture of it.

When we arrived home, my son searched and searched our bird books, but he found nothing. So I finally resorted to Google, and found that what we saw was a white-faced ibis, probably a juvenile, migrating south. Of course, I pulled out my nature journal to record our observations and suggest my son do the same, which he did reluctantly because, as I have said before, he does not like to draw. 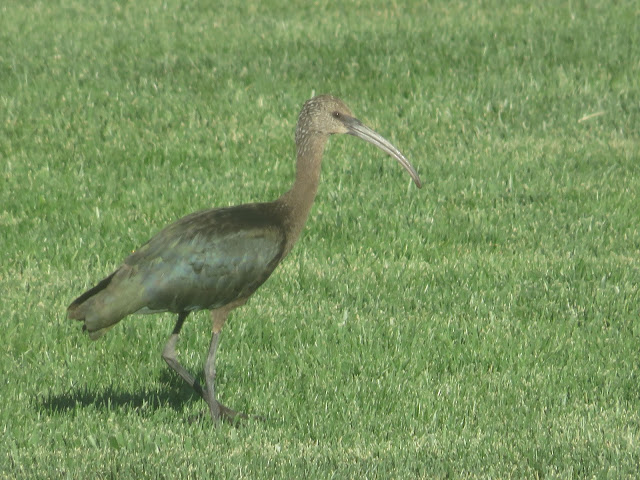 We still are loving Charlotte Mason. We love the short lessons and the variety. And I have every confidence that they are going to improve in their narration. One of their weaknesses is comprehension, and I believe constant narration is going to strengthen their comprehension skills, as they learn to have better attention.

My son was so inspired by our study of Lewis and Clark that he made us a meal, using recipes from The Lewis & Clark Cookbook, by Leslie Mansfield, making macaroni and cheese and mocha cream pie (minus the mocha), all from scratch. So yummy!

My son also said he likes how they are "forced" (in the afternoon) to do what they think is fun. He's been cutting out and making these Minecraft cubes and said it is like computer coding, because he engineers his own game.  He also spends extra time learning Latin, reading about Ancient Rome, and solving his Rubik's Cube over and over again.

My daughters have been working on their own cardboard dollhouses. They are also making the furniture. Both are totally under construction, as you can see by the mess, and my school room is always in chaos! Scissors, glue guns, paper, cardboard, paint and yarn everywhere! 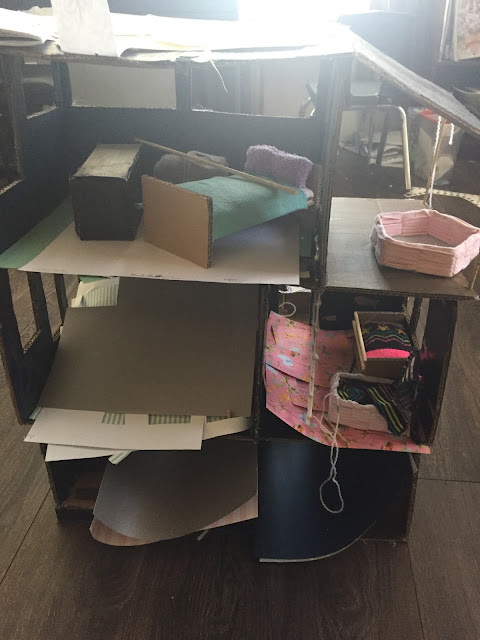 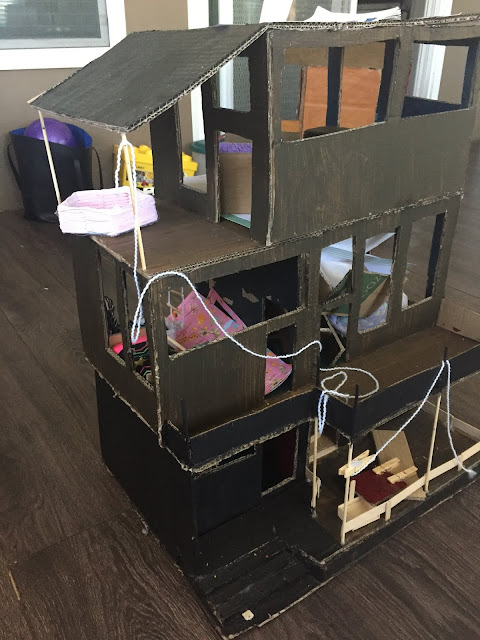 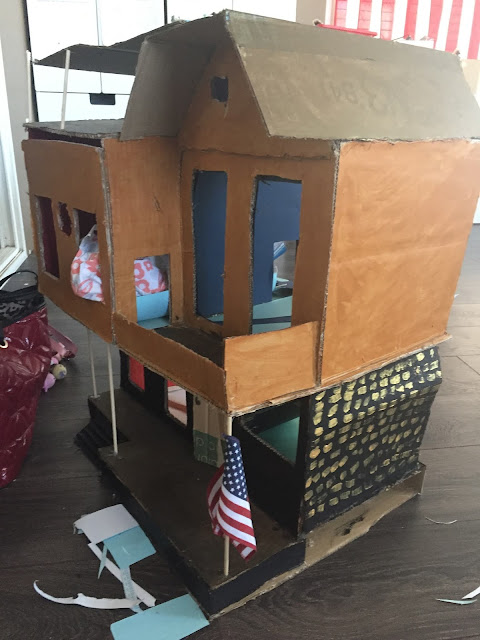 Now that all has returned to "normal," and we have two weeks off from dance, I am hoping that we get back to our usual schedule. Life can be such a distraction and obstacle to homeschooling.